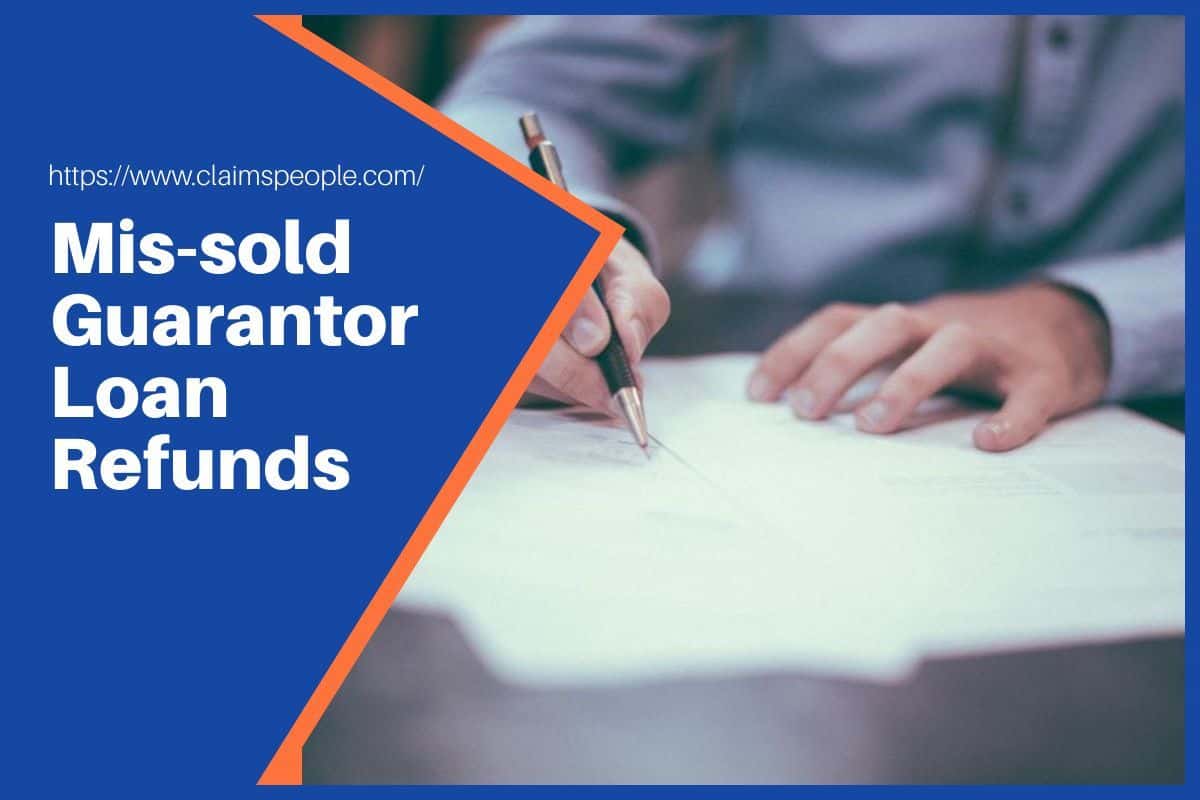 Guarantor loans are agreements between two people: the borrower and the guarantor. The lender will require that this agreement be signed before they give money to the borrower. A guarantor loan can help you get more favorable terms on your repayment than a payday lender would provide, such as lower interest rates and fixed monthly payments.

Some people confuse this type of loan as loan from a friend or family however, the guarantor is not providing any money to the borrower. The only obligation a guarantor has is that if the borrower fails to repay their debt, they will have to pay it back themselves.

Guarantor loans are usually taken out by people who were unable to get a loan agreement from a bank. When the economy changed, banks became more selective about whom they would lend money to. Guarantor loans were perfect for people with bad credit or insufficient income because their family members could act as guarantors.

These loans, like most loans for people with bad credit history(payday loans, doorstep loan etc) or a low credit score were usually very expensive, costing up to 200% of the original loan amount and charging high interest rates. Unfortunately, many people were not made aware of this before signing for the loans.

Amigo loans originated in 2014 and was the UK’s fastest growing guarantor loan provider. In 2018, Amigo Loans was acquired by BlackRock Solutions Limited. They are now called Amigo Guarantor Loans .

Amigo loans was found guilty of mis-selling. The Financial Conduct Authority (FCA) said the company had “serious failings” in how they were selling their products and services to customers.

Guarantor Loan company Amigo set aside £345m in the financial year ending March 2021 as compensation for mis-sold guarantor loan payments, up 193 per cent on the previous year. Combined with the £319 million cost of processing the claims, Amigo made a loss of £284 million.

Bamboo Loans is a guarantor loan company that has been in business for over 15 years. They have offices in London, Manchester and Liverpool. They are also regulated by the FCA with their loans guaranteed up to £500,000 pounds

George Banco is a guarantor loan provider that has been around since 2009. The FCA reviewed George Banco ‘s lending practices and found that many of the guidelines were not followed. This meant that people did not pass the affordability test and were given loans they could not afford.

Buddy Loans is a company that supplies guarantor loans. A guarantor loan is when someone with good credit and stable work history guarantees your debt, making it easier for you to qualify for the loan. The problems with Buddy Loan stem from their misrepresentation and mis-selling of these types of loans.

How do you know if you have been Mis-sold a Guarantor Loan?

Mis-selling a guarantor loan can occur when the person applying for the loan is unqualified to receive the amount of credit they are being offered. These people could have bad debt, be on low income, or a low credit rating. Basic affordability checks should be made if you’re looking at guarantor loans to make sure you can comfortably make repayments and not put your financial well-being at risk. If this is not considered, excessive borrowing may happen which can cause damage to both parties – borrower and lender. You should also have access to detailed information about what guarantors were exchanged including how much was borrowed in total and how much was needed as collateral.

What is a Guarantor Loans Affordability Complaint?

If a person is hardly able to afford their loan repayments, they may file a complaint claiming the lender inadequately assessed their affordability.

A guarantor loan complaint is usually submitted when borrowers start having trouble paying back loans. That’s because monthly repayments vary with interest rates and fees and limit on borrowing, which can be difficult for a borrower to understand upfront. One way lenders reduce these risks is by assessing applicants’ ability to pay off the loan before issuing one, but this may sometimes violate industry best practice guidelines for unaffordable lending practices if applicants were not informed of any particular limitations they would have establishing an initial credit line or maintaining affordability over time during the approvals process.

How much Money could I receive from a UK Guarantor loans Compensation Claim?

It is difficult to estimate the total amount of money that could be recovered because it depends on a number of factors, including how much you paid in fees and interest during your loan term.

If you are a borrower who has had a guarantor loan mis-sold to them, then it may be possible for you to make a claim. It is important that you contact the lender or use our company in order to find out your options and what needs to be done next. We have helped many people with these claims, and we can help you too!

We operate on a no win, no fee basis and charge 24% (including VAT) of the claim amount on all successful claims.

Making a Claim for a Mis-sold Guarantor Loan as a Guarantor.

You can make a claim for a mis-sold guarantor loan even if you was the guarantor and not the borrower. This is because you have been mis-sold the loan as well.

If you were not aware of what a guarantor loan was, or if your lender did not mention any details to you about how they worked and their fees before signing up for one with them, then it could be worth making an enquiry.

If the consumer was wrongly accepted as guarantor – either because guarantor lender did not properly obtain the consumer’s consent or because a reasonable and proportionate assessment would have shown that the guarantor could not permanently make the loan repayment – the consumer should be discharged from the guarantee and reimbursed for all payments made by him/her, plus interest.

If you feel that a guarantor loan has been mis-sold to you, we’re here for you. Our claims management company can help you make a claim. This will not affect your UK credit rating or credit history.

UK Guarantor loans were expensive and mis-sold. You should be able to make a claim if you feel like you have been mis-sold one of these guarantor loan products. So, contact us today!

The customer is not required to use the services of a firm which carries out regulated claims management activity to pursue their claim. Should someone wish to handle the complaint themselves, they will first need to lodge the complaint with the financial institution first before escalating to the Financial Ombudsman. It is possible for the customer to present the claim themselves for free, either to the person against whom they wish to complain or to the Financial Ombudsman  or the statutory compensation scheme.

FRN830122: ITS REGISTRATION IS RECORDED ON THE WEBSITE https://register.fca.org.uk/

If for some reason we are not successful in obtaining a refund regarding your concerns then there is nothing to pay. It is purely a No Win No Fee basis so you have nothing to lose, where our fee if successful is 20% plus VAT (equivalent to 24%).